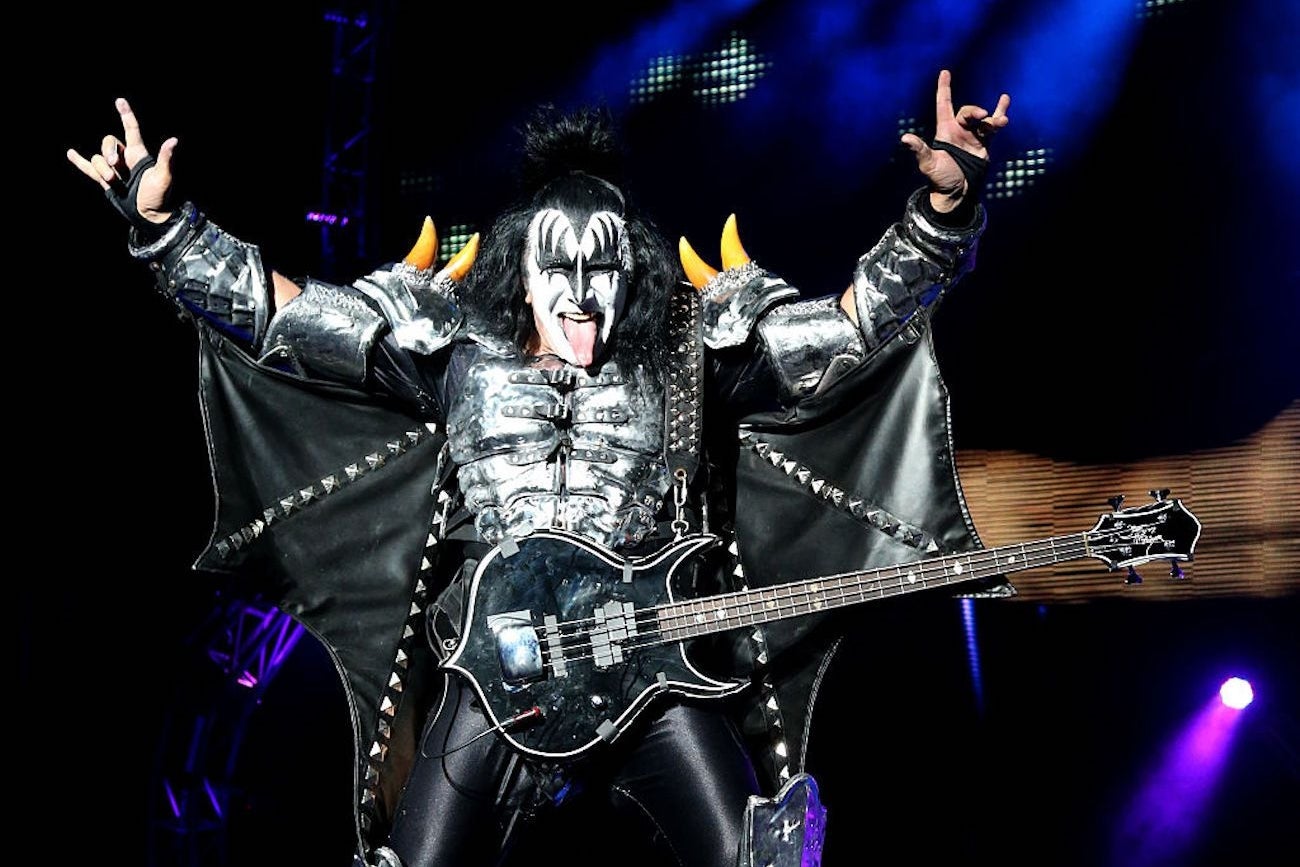 There is no rocker who is as business-oriented as Gene Simmons. He is so smart and savvy that I asked him to do my taxes at the conclusion of an interview a few years ago.

The veteran entrepreneur has marketed products since KISS emerged in the '70s and has a new book, On Power: My Journey Through the Corridors of Power and How You Can Get More Power, that will hit shelves Nov. 14. The book is all about Simmons's philosophy on power, how to attain it, keep it and harness it in business and in life.

I had a very candid chat with the 68-year-old Simmons about a wide variety of topics, from his book to his relentless drive for success to the reason KISS will never release another studio album. You ready to rock?

People really don’t understand what that word really means. You have to be a self-starter to be an entrepreneur, particularly nowadays when you have a handheld device which can tell you everything. It’s like having an Encyclopedia Brittanica in your hand.

It’s great to have all of this information at your fingertips but what you have to do is roll up your sleeves and get your lazy ass out of bed and go to work. Once you have enough money, however much that is, you still get up at the crack of dawn and go to work, even if you don’t need the money.

Because that’s what champions do. I want to make my family proud of me. Warren Buffett and Bill Gates don’t need to work but they get up every day and bust their ass. I completely relate to that.

I’m launching a magazine. I’m coming out with my own brand of cola and root beer and diet cola. I’m going to use my moneybags trademark.

I have a plan and I try to stay organized. But I think the reason that I’ve been so productive is that I’m not from America. I came from nothing. If you come from money, I venture to say that getting your fortune handed to you isn’t as thrilling as going out there and doing it on your own. I have a great sense of pride from doing that.

I do the same thing. I check my phone.

I fail every day. Failure is good. You make changes. You adapt and you become successful.

On Power by Gene Simmons. You’ll enjoy it.

No. If you’re a politician and you’re any good, they call you a rock star. Rock is a verb and a noun. If you want to wish somebody well, you say, "rock on." You can’t say "country and western on." You can’t say "hip-hop on." That means nothing. Only rock crosses lines. Even rappers call themselves rock stars.

Absolutely. If you see Garth Brooks, Paul McCartney and the Rolling Stones, you get pyro. Where do you think that came from? Air Supply? We started doing that stuff, and they, the arbiters of taste, hated it. We didn’t care. We wanted to combine all the thrills and put them on stage. Rock is renegade music. They all caught up with us though. The Grateful Dead came out with the cherry vanilla ice cream. So the hippies even came around.

It is dead because fans won’t pay for the music.

No, we won’t put out another album. We’re not a charity. I assume you want to be paid?

That won’t be enough.